Rambler have taken a controlling 51% stake in the PPC service, Begun.ru. In much the same way as Overture of old, Begun.ru provides a contextual advertising stream to site partners, Rambler being their largest.

Rambler previously acquired a 25.1% stake in Begun in 2005 for a purchase price of US$750,000, at which time the Group also obtained an option to acquire control. Begun is one of Russia’s leading search and contextual text based advertising platforms with a network of 35,000 individual advertisers and over 50,000 partner distribution sites. Rambler.ru is Begun’s main traffic generator accounting for approximately 20% of Begun’s traffic.

While Rambler provides it’s own in-house service for banner placement, they had not developed their own PPC system and were relying on Begun’s services. Hopefully this closer cooperation between the two companies will result in an improvement of the Begun system, which often fails to impress when placed against that of market leader Yandex, in terms of system usability and conversion. Positive noises were heard in December last year when they announced the release of their testing API, beating Yandex to the punch, but they have frustrated developers since by failing to launch a live system.

It’s also interesting to see history repeat itself, as Overture was bought by Yahoo! – a fact surely not lost on Rambler’s new CEO (ex-Yahoo!) Mark Opzoomer.

Alexey Basov, General Director of Begun further commented: “We are delighted to be working more closely with Rambler. This is an opportunity to join forces and improve our service offering for advertisers and for Russian consumers. This new level of cooperation between our leading companies should enable us to capture a greater portion of the Russian contextual advertising market.” 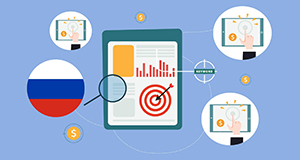